Barbara Pope's enthralling debut novel, already lauded as a "provocative" by Publisher Weekly, called "enthralling [and] highly recommended" by Library Journal, and named "highly accomplished [and] compelling" by the Boston Globe, was featured in the New York Times Book Review with inclusion in the Paperback Row Editors' Picks this past Sunday.

NYTBR wrote of Barbara Corrado's mystery, starring the famous Impressionist painter Paul Cezanne: "This elegant mystery by a historian is full of period details as well as questions about women's place in the 19th century and the conflict between science and religion."

Please note: JVNLA's Frankfurt 2009 Titles Lists were sent out this past Friday, and earlier today in seperate emails per category where bounce-back messages were received. Please let us know you have yet to receive the files and we will make sure to get them out to you ASAP. 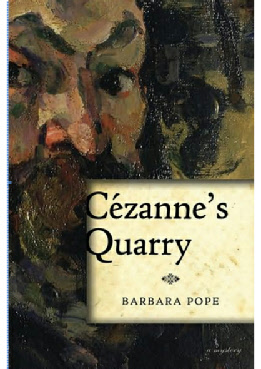