THE LAST CHRISTIAN - A Novel By David Gregory

From the best-selling author of Dinner with a Perfect Stranger comes this spell-binding story of a World that has lost its faith--and the woman destined to save it.

A.D. 2088. Missionary daughter Abigail Caldwell emerges from the jungle for the first time in her thirty-four years, the sole survivor of a disease that wiped out her village. Abby goes to America and discovers a nation where Christianity has completely died out. But a larger threat looms. The world's leading artificial intelligence industrialist has perfected a technique to download the human brain into a silicon form. Brain transplants have begun, and with them come the promise of eternal existence. Abby and Professor Creighton Daniels uncover a plot to force the entire planet to convert to this "transhuman" status, forever losing all possibility of a connection with God. As they grow closer to learning the truth, Abby and Creighton find themselves in a race for their lives, and humanity's spiritual future hangs in the balance.

Please let us known if you’d like to receive the manuscript – we also have galleys available now. 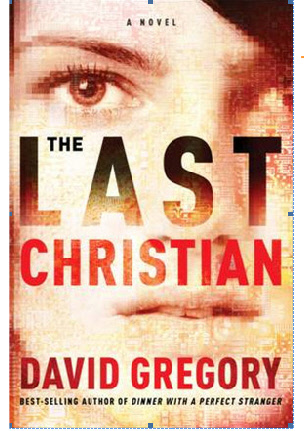